My dissatisfaction at the metaphysics of Place of the Lion, by Charles Williams 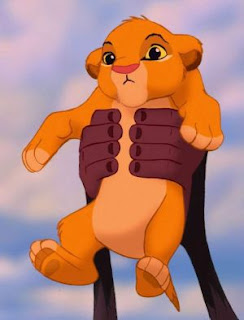 The lion archetype launched upon an unsuspecting world...

The fact that I have just re-read Charles Williams's The Place of the Lion for (about) the sixth time (in thirty years) is evidence of my fascination with this book. And this despite that I also regard it as extremely flawed! - being written in a clumsy and unconvincing (intrusively facetious*) style, and lacking effective expression in some of the most important passages.

What I like so much about it is probably similar to what I like about Tolkien's The Notion Club Papers (itself a work which lineally descends, via The Lost Road, from Tolkien's own reading of PotL in 1936). And that is the idea of 'the hero' working by means of a gain in understanding and a change of consciousness - and 'the quest' therefore being, mostly, a matter of discussion, thought, reading and meditation.

Yet I realised how far away from Williams my own understanding has moved, so that regard his plot - the nature of threats and the solution to it - as no longer credible; it would have been credible at earlier times in English history, but not in recent generations. In this sense I think Williams was simply mistaken in his basic understanding of the world.


In terms of what he personally sought, Williams aimed to revive, strengthen and adopt the 'medieval' metaphysical system; which was itself lineally descended from the Ancient Greek philosophical breakthroughs of the age of Plato (this is what Rudolf Steiner would term the Intellectual Soul - see Owen Barfield's Romanticism Comes of Age, for an analysis).

My understanding of this consciousness is that it divides reality into categories, and is has a primary role for proxy-action - for the intercessions of particular individuals (who have been-through mystery-initiation processes) to act on-behalf-of ordinary humanity. Thus, in PotL the world is threatened by the categories of basic ideas, of ultimate archetypes; and these are defeated by an individual asserting authority over them on behalf of Man (and the Christian God).

This is a model in which reality is knowable only by mystic-priests, and these do their salvific work - by means of symbol and ritual - on behalf of the mass of people. It is thus a version of 'Temple Religion', or the work of monasteries - but putatively translated to a modern context.

This, I regard as a half-way house consciousness - in between the ancient individualistic immersion in the divine and the modern materialist self-exclusion from the divine; but no longer viable. I do not believe that there really are such entities as Plato's ideas or archetypes; not do I believe that intercession is possible any longer (although it was possible in the past).


We are confronted by a reality which we must apprehend each for himself by intuition; and in which our individual salvation depends on a directly attained knowledge; and personal freedom, agency, choice... The reason (as I understand it) for this necessity is that Man's divine destiny is linear, sequential, non-repeating - although with some cyclical aspects; so that history resembles a spiral.

Salvation is individual - we are Not converging onto a single 'type' but rather we ultimately are aimed-at becoming our-unique-selves And fully-harmonised with the divine purposes.

To make this possible, God has taken care that every specific place, hour, day, lunar month, year, and era are different - so that each individual human life may be provided with the experiences best-suited to its spiritual progression (then; it is up to each of us to learn from these experiences).

On the other hand, it is only from the repetitions and regularities of life that we are able to learn. So we get both.


Therefore, I have to regard the basic set-up of Place of the Lion as mistaken and - not just unlikely, but impossible. This recognition has triggered a compelling line of thought in me (that has not reached a conclusion)  - which is based on 'If not, Then what?'...

In other words; what would be an analogous but correct plot for a more-metaphysically-accurate version of Place of the Lion?


*As replicated by the illustration...

I have had the occasional honor (not always entirely welcome) of sometimes standing as an intermediary of God's love for some of His other children.

The fact is, there are some messages about God's love that need to be re-cast and delivered to people who are lacking in spiritual and intellectual development but can appreciate the essential meaningful content even though they need someone to interpret and patiently explain it to them. Of course, that is most commonly the role of parents, the most natural and divinely ordained of intermediaries of God's love.

But there is also a need for reaching people who are physically adults and do not have the proper sort of relationship to their natural parents. With children, we simply try to find adoptive parents as best we can, but for adults we cannot really do this. And thus a functioning community does need priests and teachers.

It is a commonplace of human history that the bulk of those offering to be priests and teachers were charlatans or worse. That doesn't change the essential underlying need for true priests and teachers. Having been both...I can say that it is rather tiring. I wouldn't do it full-time if you paid me. I just have a bad temperament for it, though.

We cannot now go back to the heavily ritualized and static form of priesthood that was adequate for civilizations that did not need advanced education in the sciences and technology. Nor should we, that it was arguably adequate does not mean it was ever superior. But that is not the only kind of true priesthood.

@CCL - It may be a matter of definition - but priests are considered to have emerged when societies became sedentary/ agricultural (by this account, the 'shaman'/ medicine men role of hunter gatherers is considered distinct from the priest). Interestingly, priests began to lose ground with the next major transition at the industrial revolution. But anyway, I am not talking about what we need here and now, today - but what will help, the way things are going, and what provides for the needs of that. All attempts at revivalism of the 'medieval' have been a failure - there are many reasons for that; but I think it is because that goal is impossible, because divinely unwanted/ forbidden, here-and-now. We don't have-to move on - but if we don't, if we reject destiny; that will be the end of it - because there will be no point in continuing.

In how far could anyone, throughout human history, have interfered as dangerously as Berringer did in fact? How far was Berringer's interference facilitated by Marcellus and his sources?

Berringer not having refrained from interfering, in how far could anyone else in the neighbourhood (such as, Richardson, Quentin, Damaris, even Foster or Wilmot) have more or less equally have come to be able to respond properly and intervene as Anthony does? In how far does Anthony finally do so, not only in interaction with the Eagle but, in various ways, with penitent/'converted' Damaris, and Quentin in his need (and with the Ascended Second Adam)?

@David - Yes, your questions emphasise my sense that this is a very intercessionary view of the spiritual war - for CW (in his 'medieval' fashion) the spiritual war is being waged by a few representative individuals 'on behalf of' mankind. This fits with the ritual magic, too.