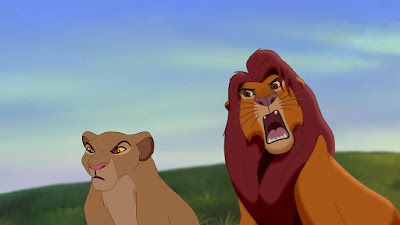 When I first read-through the Chronology volume of Scull and Hammond's JRR Tolkien Companion and Guide (2006); I was astonished by the 'saga' of Tolkien's involvement in trying to co-write a (basic!) textbook for students entitled Selections from Chaucer's Poetry and Prose, to be published by the Clarendon imprint of Oxford University Press (OUP) - because this attempt extended from 1922 up to 1951, and he had still not finished it!

Indeed, Tolkien eventually handed-over (very reluctantly) his notes to the OUP and, after a period of trying to find another author or re-launch the project, the book was never published. The proofs and manuscript copy languished in the basements of the OUP for some fifty years until rediscovered through the offices of Professor Bowers - leading to this book.


Thus, JM Bowers has written this new book about this extraordinary episode; which illustrates Tolkien at something likes his extremes of fascinating scholarly inspiration and thoroughness on the one hand; and maddening, obtuse inefficiency and ineffectiveness on the other - all compounded by a stubborn refusal to admit defeat and allow somebody else to do the job (until it was too late).

There is also significant material about Oxford University and Oxford University Press in the middle of the twentieth century; which, again, is something that has long interested me. For example, chapter three is about 'Four Chaucerians': Walter W Skeat, Kenneth Sisam, George S Gordon and CS Lewis. I was particularly pleased to find out more about that rather shadowy, but oft-present, person of Sisam; who was variously Tolkien's tutor, a competitor for the Anglo Saxon Professorship that Tolkien (improbably!) won, and his editor - both successfully as in Sir Gawain and The Green Knight of 1925, and unsuccessfully - as here; and that colossus of British philology: Skeat.

When one looks at Middle English, as I do, Skeat seems to have been everywhere; if not first, then definitively. And Bowers presents a pretty convincing thesis that Tolkien suffered a long term sense of rivalry and inadequacy when measuring himself against Skeat's vast, towering contributions (more than seventy books!). There are some striking examples cited where Tolkien gives minimal acknowledgement to Skeat, despite relying very heavily on him; and others when Tolkien makes too much of rather minute disagreements with Skeat's decisions about editing and etymology, seemingly in order to assert his independence and superiority.

The most interesting aspects of this book for me were the account of the history of the 'Clarendon Chaucer', and the very detailed accounts of Tolkien's editorial work on the text and glossary and his notes for Chaucer; during which I picked up quite a lot of fresh knowledge about these vital but neglected literary skills: compounded of hard work, knowledge and creativity. Here we see Tolkien, often in first draft, and in the process of thinking-though various matters of judgment and interpretation.


On the negative side; I found some parts of the book tedious. There is way, way too much assertion of parallels and influences between details of Chaucer's writing and details of Tolkien's writing; and a whole chapter that compares aspects of Chaucer's and Tolkien's lives and personalities; and their relationships with their sons.

Many of these comparisons I found forced and unconvincing. Especially far-fetched to me was the idea, pursued across 14 pages, that Tolkien was rewriting and correcting The Pardoner's Tale - a simple and cliched parable about greed - throughout The Lord of the Rings. Even if such influences (whether unconscious or conscious) were true they seem to be trivial. These numerous instances I found to be a significant flaw in the book.

However, the main text ends delightfully by describing how Christopher Tolkien, in effect, completed one aspect of the Clarendon Chaucer; by writing the notes and glossary for The Nun's Priest's Tale in the wonderful Harrap edition of 1959 that I studied with such delight for my 'O-Level' (16-plus) exams. I still have the copy, covered in hundreds of minute pencilled annotations; and it was this book (and the excellent teaching of Nigel Hamilton, a Durham graduate who was grounded in Tolkien-style philology) that led to my lifelong enjoyment of Chaucer in the original language.

And led, therefore, to my reading of this book!

Why was Tolkien averse to France and the French Language?

That Tolkien was averse to the French Language, and indeed things French in general (especially food), is a frequent theme; after which the various biographers and interpreters try to suggest some specific reason why this should be the case: why Tolkien should have developed such an extraordinary characteristic...

But there is no specific reason necessary, beyond that Tolkien was a normal, patriotic Englishman; among whom such an aversion is normal and unremarkable.

The ordinary Englishman has 'always' had a thing against the French; and this was only amplified by having them as 'allies' in both 20th century world wars. Aversion to the French was as common among World War I and II veterans as was an admiration-of, and friendliness-towards, the Germans.

A pervasive (but mostly unspoken) dislike of Frenchness is just normal among the English lower classes; including the non-professional middle class, from which Tolkien emerged.

There are many reasons for it - for example the Norman Conquest imported a French-speaking ruling class, leading on to centuries of cultural division, destruction and oppression. And France was an old (often primary) military enemy and political threat (or rival) for many centuries up to Boneparte.

Then there is the association between France and radicalism generally; such that those English who are keen on Leftism, Feminism, and sexual license have always been keen on France. (These are the same people who want England to Remain in the European Union, which is French in origin and spirit.)

Those who find it strange or sinister that Tolkien was French averse are mostly upper-class and/or progressive English - for whom to be Francophile ("the food, the fashion, the sheer style") is a natural as their complementary (and more visceral) despising of Englishness. This description covers nearly all of those people who would be inclined to publish books about Tolkien.

...Or else they are Americans; who just don't understand.

(They may instead be Scottish or Irish; for whom the French serve as just another stick with which to beat the English.)

What is perhaps surprising is that Tolkien qua Oxford Professor did not adopt the Francophilia of his new tribe. But Tolkien's retaining of natural, patriotic, 'common folk' Englishness, was a sign of that same integrity that made him the genius he was.