Why I will miss Christopher Tolkien 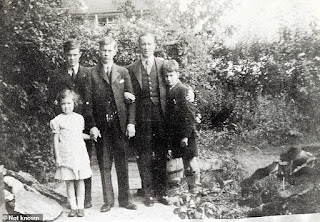 JRR the father with his arm around Christopher, with whom he had a specially empathic relationship - that lasted until this week

Christopher Tolkien died a couple of days ago, which marks the end of an era - the last person who participated in the core Inklings meetings; the writing and discussion group that met in the evenings to read works in progress and have discussions stimulated.

CT was probably the person I would (in a theoretical way) most have liked to get to know, as a friend, for long and detailed discussions - because there was so much that only he could have told. But I do feel as if I knew him; because I have read so many of his words, in so many different situations relating to his Father's work.

I always enjoy and appreciate (and re-read) those parts of the History of Middle Earth which Christopher contributed; starting with Unfinished Tales of 1980 (which I happen to be re-reading currently) and continuing up to The Fall of Gondolin (which was published in 2018, in which he said his goodbye).

(I leave aside the 1977 Silmarillion as somewhat of a failure, in which he had not hit his straps as an editor; and which lacks his authorial voice.)

Christopher brought a remarkable (and unexpected) extra dimension to his Father's work, which is probably unique in the history of literature; since it is exceedingly rare to combine such knowledge, talent and dedication with deep sympathy and an apparently complete absence of ego.

Christopher's vast output of his father's posthumous primary writings, and of commentary and scholarship, seems to be motivated entirely by filial love; and this is what makes his achievement so beautiful. 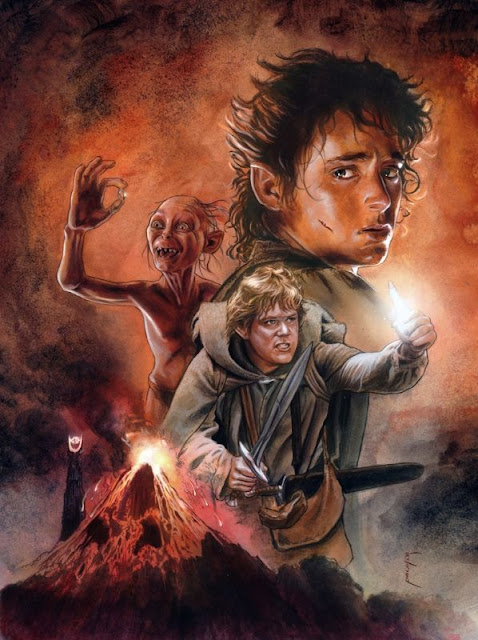 Naive first-time readers of The Lord of the Rings regard Frodo as the hero.

Sophisticates, who have read the book a few times, or read the secondary literature; regard Sam as the hero - noticing that the point-of-view switches to Sam not long after the Fellowship is broken, Sam has the last words in the book; and that Sam is indeed heroic in multiple ways - especially in fighting Shelob and rescuing Frodo while alone.

(Some weird people - who are profoundly out of sympathy with Tolkien, and haven't read LotR carefully - regard Gollum as the hero, because... well, you know the kind of stuff.)

However, Ultra-sophisticates such as myself (!) realise that Frodo was the hero all along!


Why? Well, because the book is primarily about the destruction of The One Ring, and Frodo is the only character whose primary priority is the destruction of The Ring. This is not vitiated by the observation that Frodo was unable purposively to complete his task - the fact is that he gave the job his everything.

Most important job, gave it everything: Frodo is the hero.

By contrast, Sam's priority is Frodo - and when he temporarily tries to put The Ring first, and leaves Frodo for dead - he deeply regrets having done so, and berates himself for having failed to stick by his proper task.

(Gollum is the person who actually destroys the ring, but does so by accident - assisted by providence; so he isn't the hero.)