The Music of the Ainur - A guest post from John Fitzgerald 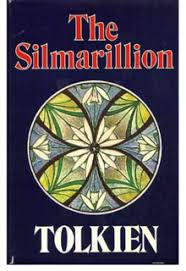 And thus was the habitation of the Children of Ilúvatar established at the last in the Deeps of Time and amidst the innumerable stars.

There are a wealth of creation myths to be found in the world, both now and throughout history. The best known, perhaps, is the one given in the Book of Genesis. But every religion has a creation myth, as does every mythology. There are scientific creation myths too, the Big Bang being the most obvious example, a transposition into scientific language of what other creation myths use poetry or stories to convey.

This multitude of accounts offer different approaches to the same mystery. They tackle the big question - why is there something instead of nothing? Viewed this way, all creation myths are worthy of respect. They are all laudable, all noble attempts at translating into human terms an act of creation on such a spectacularly large scale that it defies our minds' ability to comprehend it. None of us were there, after all, 'in the beginning', so it's impossible to say with the degree of certitude required in a court of law, for instance, that one myth is true and another false.

What I would say, however, is that some myths feel truer than others, and that what feels true for one person might feel less true for another. This sense of truth - this 'inner compass' - could well be subjective, therefore, coloured by our ancestral past and our religious and cultural upbringing. But that is no reason to distrust or disbelieve it. Quite the reverse. That very subjectivity is what makes it most real and true for us as unique, unrepeatable individuals. It connects us with the deepest part of our being, that secret chamber where the still, small voice points the subjective self towards the objective truth of God. Our deepest desire, as Ignatian spirituality emphasises, is also God's deepest desire for us.

The creation myth which speaks most powerfully to me is undoubtedly J.R.R. Tolkien's, Ainulindalë: The Music of the Ainur. Ever since I first read The Silmarillion at school in the 1980s, I have wished that this was the official Christian creation story. The Genesis account, if I'm honest, has never sparked my imagination or inspired any deep thoughts or feelings, whereas Tolkien's myth energises me on all levels. This, I believe, is due to the simple fact that Genesis is a Jewish creation myth, and I am not Jewish but Anglo-Irish. When I say this, I don't mean any slight on the Jewish people, who were and are a remarkable race who bring so many good things to the world. But the fact that Tolkien was attempting to write what he called 'a mythology for England' speaks volumes here. His writing is geared towards the European (and particularly British) imagination in a way that the Old Testament, through no fault of its own, is not. Maybe on some level Tolkien saw a gap where a native creation myth should be, and Ainulindalë is his attempt to fill it.

Some might find the high, remote style of Ainulindalë off-putting, perhaps, but there's a spaciousness and depth to the writing, I feel, which brings a real sense of the timeless and archetypal to the page. There's a warmth and musicality at work as well which tempers the text's severity and brings an extra dimension to a narrative which might otherwise come across as somewhat dry and abstract.

Ilúvatar, Tolkien's creator God, fashions the Ainur first of all, mighty angelic intelligences, 'the offspring of his thought.' He proposes a musical theme and commands the Ainur to take it up and develop it. They respond in some style, making a music so beautiful that Tolkien says it will not be equalled until the end of the world. As the music proceeds, however, it is marred by the discordant motifs introduced by Melkor, the most powerful and gifted of the Ainur. He wants to bring in his own ideas, rather than those suggested by Ilúvatar. There is a clash, and many of the Ainur become disheartened and lose their way. Ilúvatar introduces a second theme, which is spoiled again by Melkor's innovations. Undeterred, Ilúvatar launches a third theme, and this time, no matter how hard Melkor strives for mastery, he cannot drown it out. On the contrary, his discordance is taken up into the wider music and becomes part of that very theme which Melkor is trying to undermine. Ilúvatar brings the music to a close and shows the Ainur what they have created with their voices. They see the newly-minted Earth spinning in the void and the unfolding of its history. 'Behold your Music!' says Ilúvatar. 'This is your minstrelsy; and each of you shall find herein, amid the design that I set before you, all those things which it may seem that he himself devised or added. And thou, Melkor, wilt discover all the secret thoughts of thy mind, and wilt perceive that they are but a part of the whole and tributary to its glory.'


There are echoes of other creation myths here, of course, most notably Aslan's singing Narnia into existence in The Magician's Nephew and the Gaelic story known as The Earth-Shapers or The Shining Ones. In the Irish tale, it is the Earth itself that does the singing. Unformed, mis-shapen, and tormented by primordial monsters (a little like those in the stories of H.P. Lovecraft), the Earth dreams of beauty and expresses its longing in the form of a song which reaches the ears of Brigid, 'the keeper of the sacred flame', who resides with the other Lordly Ones in Tir-na-Moe. Brigid convinces her brethren to descend with her to the Earth and save it from its distress. They bring with them the four Hallows - the Sword of Light, the Spear of Victory, the Cauldron of Plenty, and the Stone of Destiny. With the aid of these sacred objects, they drive back the monsters, heal the wounded Earth, and create a fresh, new world.

Evil is active in each of these three creation myths (as it is in Genesis, of course) - the fallen angel, Melkor, in Ainulindalë; the corrupted queen, Jadis, in The Magician's Nephew; and the primal monsters in The Shining Ones. Tolkien's depiction of evil is subtly and skilfully done. Melkor falls by degrees - from frustration at not being able to use his talents the way he wants, to a fixation on following his own way rather than Ilúvatar's, to a flat-out refusal to countenance the good and a determination to destroy not just Ilúvatar's music but the whole new world the Ainur are labouring to build.

It didn't have to be this way. It remains a mystery what greatness Melkor might have achieved had he chosen to use his gifts as Ilúvatar intended. He falls into the trap of thinking that 'his way' and 'Ilúvatar's way' are different and that Ilúvatar wants to thwart and stymie his potential. Nothing could be further from the truth. Melkor's deepest desire for himself and Ilúvatar's deepest desire for him are one and the same thing. But through pride and arrogance, Melkor turns his face from truth and sets out on a path of destruction - of the world around him, of others, and ultimately of himself.

It is a futile endeavour though. Ilúvatar's third theme shows us that the machinations of evil only serve in the long run to give rise to new and undreamt of forms of good. Ilúvatar hides the Flame Imperishable in the secret heart of the world. Melkor searches for it, but in vain. He is looking in the wrong places - in self-promoting fantasies of power, glory and domination. But we can find it. All we need do is stay true to ourselves and our creator. It's easier said than done, of course, but we should remember that the final destiny of men and women - 'the Children of Ilúvatar' - is hidden even from the Ainur who sang the world into being and is known to God alone.

This tells us that the work of creation is still ongoing and that we have a special, as yet unknown, part to play in its unfolding. We are called to become co-creators with the Divine. Nothing less than that. We are not there yet, perhaps, but the grandeur and suggestiveness of J.R.R. Tolkien's creation myth (together with the whole of his oeuvre) certainly helps point the way.