My attempt at a group portrait of the Inklings

A few months ago, I asked why there was no group portrait of the Inklings - and hoped that somebody would soon have a try at one

Still not response - so today I sat down and had a try myself.

Unfortunately I cannot draw - nonetheless here it is:

The First Ever Group Portrait of the Inklings: 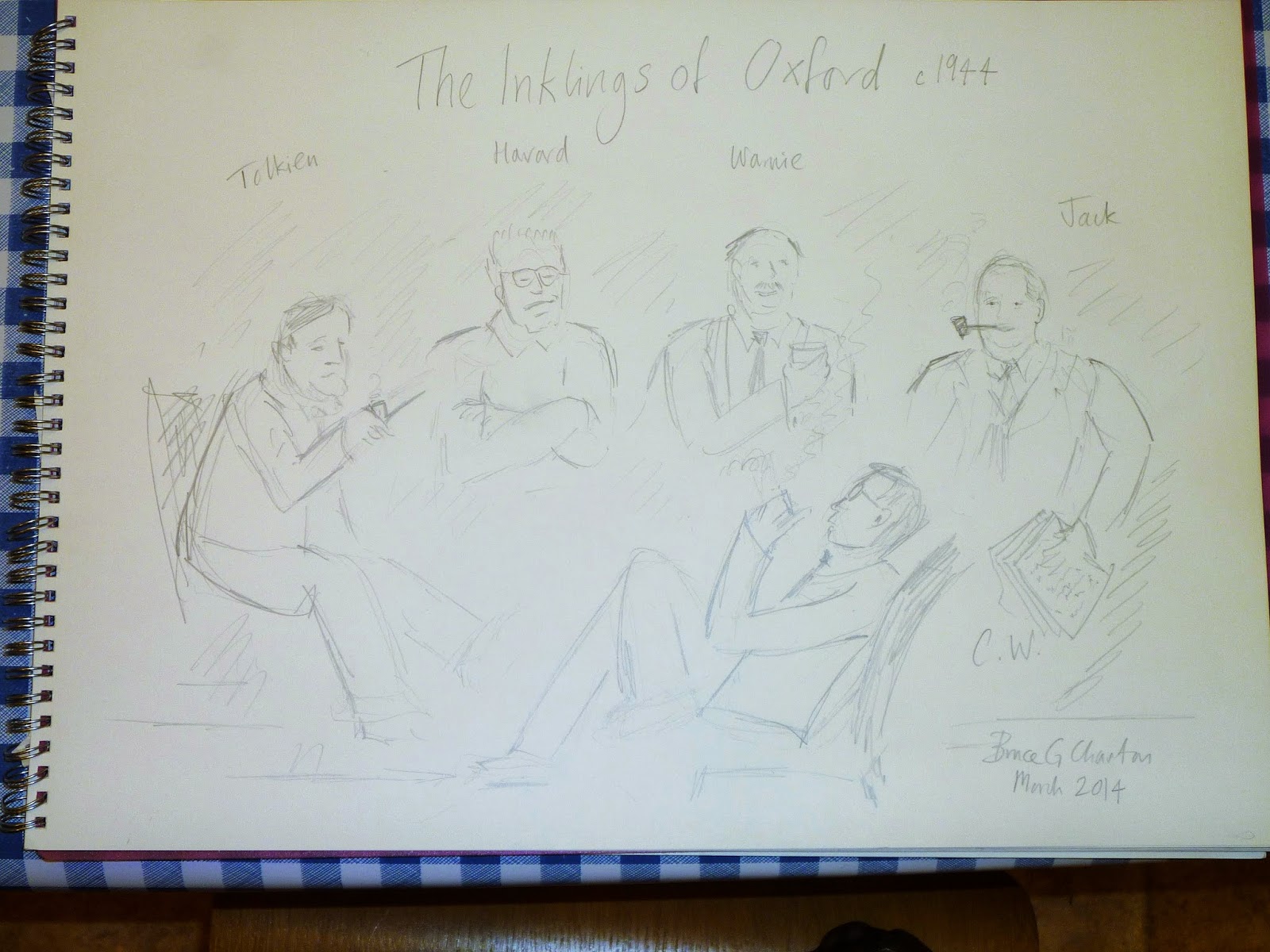 For Heaven's sake - it shouldn't be difficult to do better than that!

So please, someone, do it!


Note: What I was attempting is Tolkien vigorously making a point to Jack who is rather smugly avuncular; Warnie looking at his brother with deep affection, 'Humphrey' Havard  apparently dozing (like his alter ego Dolbear in the Notion Club Papers) - and Charles Williams looking partly louche - partly saintly (eyes directed Heavenward).

Ok, Bruce. After this attempt I'll have to do it.

@Alex- I do hope you weren't *too* shocked - I just had to demonstrate I was serious about this! Glad you have taken up the gauntlet...

Hahah no, no, Bruce. Not shocked at all. Happy to see just how serious you are about the project. I am having trouble finding photographs of Havard online. Any ideas?

Havard is third from the left and sitting next to CS Lewis - white hair swept upwards and glasses.

Ah, thanks very much!